5 Ratios Traders Need to Be on the Lookout For

In this article, we’ll cover the main recipes for determining future outcomes, the trading ratio, as well as explain what these statistics can tell you about trading, what else they’re good for, and why you should be more aware of the value of their output.

While the art of trading is itself a difficult skill to master, determining success in the industry is a much easier task.

Simply put, if you want to know how efficient you are as a trader, look no further than the statistics of your trading performance. While it’s not a guaranteed indicator of future success, by reviewing the efficacy of past trades, through the use of various formulas, you can have a good idea of where your future trades will fall.

This first measurement is a simple equation that takes all of your monetary profit and divides it by your monetary loss. Simply put, all the winners are divided by all the losers. 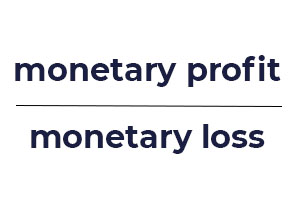 This easy division will result in a value above 1 or below 1. If you have a profit ratio below 1, let’s say 0.3, it means you have a negative probability or expectancy on your whole portfolio earning.

This ratio can also tell us the efficiency of your trading expectancy. You can also use the same ratio to calculate with pips or points, but the profit factor is usually done just with the monetary worth. Money management is a big consideration in the value of the ratio.

This is a very basic stat. We’ve titled it the first one because it’s perhaps the most simple yet effective indicator of a trader’s success. Are you making enough money or not?

This easy-to-calculate formula will tell you right off the bat whether your trading system and plan are bringing in enough revenue versus few enough losses to be consistently successful.

The Drawdown – Relative and Absolute

We covered the drawdown characteristics in quite a bit of depth, but it’s worth mentioning it again in the context of trading ratios which are incredibly helpful when judging the viability of future market moves.

Drawdown is a measurement of any performance and how much loss it can absorb before it starts to eat into profits.

A drawdown is related to a single position where you enter the position, and the price may go against you and put you in a relative loss before going up once again.

It is also used to be measured on a whole portfolio where you take the winners and the losers together to determine what was the highest sequence of accumulating losses in the portfolio.

The determination of this first type of drawdown begins where the pivot point is at the highest peak of the value of the portfolio. For example, if you have a 50k account and you make it up to 55k but then fall down to 40k, then the drawdown is counted from the 55k to the 40k.

The trading behavior is capable of making that consecutive loss from 55k to 40k, which is greater than a 20% change.

For the absolute drawdown, the pivot point would instead be from 50k to 40k, which is only a 20% change. This is the main difference between the two types.

Here’s another example: We have the same 50k, and the trader brings it up to 60k. That’s a 20% gain. But then, from the 60k account, the portfolio went all the way back down to 50k. In terms of absolute drawdown, it’s 50k divided by 50k. That’s 0 in drawdown. Apparently, no damage is done.

It’s important because, at different stages of trading levels, one of the sicknesses of amateur traders is that they are taking very big losses in relation to very low winners.

The end goal is to have an average win that is greater than an average loss. If you have this, you’re on the right path towards being an efficient trader.

RateSimilar to the first ratio we outlined in this article, the win/loss ratio is fundamental and straightforward as a measure of your success as a trader.

The one caveat to the formula laid out above is that it’s not as cut and dry as it might appear on the surface. Common sense dictates that the average profit per trade be greater than the average loss per trade.

While this would seem to be the sensible standard by which to apply the formula, the truth is, there are many ways to be successful and sustained as a trader.

This means that you don’t have to have a win/loss rate of 3:1 or 2:1 to be considered a success in the field of trading.

Trading is a deeply personal business that relies on the individual strengths of its traders to succeed. So, if you don’t hit such a ratio, it doesn’t mean you’re bad or good.

Finally, in the list of ratios that should always be on your mind as a career trader, the Sharpe ratio takes its place.

Named after its developer William F. Sharpe, the Sharpe ratio describes how much excess return you receive for the extra volatility you endure for holding a risky asset.

However, if there are changes from how long you hold assets, let’s say you hold some for hours and others for days, the ratio will be skewed and not necessarily an accurate measurement of your trading performance.

If you have consistency in the timeframe in which you enter and exit the market and can accurately input measured assets, this ratio is incredibly helpful when it comes to putting together your risk management strategy as part of your overall trading strategy.

We covered determining future outcomes and explained what these statistics could tell you about your trading.

Remember, At the end of the day, if you’re bringing in consistent profits and can maintain and sustain yourself with your existing trading plan and strategy, you are likely a competent and capable trader.