Why Are Cross Currency Pairs so Volatile?

In forex, cross-currency pairs refer to currencies traded directly with each other, or they can be used to pair currencies to trade against each other. Through cross-exchange transactions, one can directly convert the money into desired currency now.

For instance: you can cross-exchange Euros directly with yens without linking initial US dollar conversion. With the forex marketplace growth, cross currency pairs are becoming the most shared practice for transactions.

Yet, these are known to be volatile. For example, if the cross-currency pair rates decline or increase up to 0.7% in a standard period, it is considered the volatile pair in the forex shop. So, let’s find out which currency pair is more prone to volatility risk and discover some of the significant reasons behind it.

It is usually comprised of three types that are as follows:

Minor cross-currency pairs are the ones that do exclude US dollar conversion but require conversion into some of the other largest world currencies.

For instance: the pair must include Euro, Yen, Pound, Swiss Franc, or New Zealand /Australian Dollar, to name some, either alone or in pairs.  Like, EUR/GBP, GBP/CAD, GBP/CHF, etc. These are less volatile.

Those are currency pairs that include only markets where recent transactions have taken place. Like EUR/USD, USD/JPY, or USD/CHF. It does include US dollar currency transactions. Most importantly, these major currency pairs are measured as the most traded and the safest to transact with.

When we compare USD to CHF, we learn that the US dollar and Swiss franc have a direct relationship, unlike other currencies that undergo the same market conditions. It shows that major pairs give fewer volatile readings because both the currencies are positively correlated. 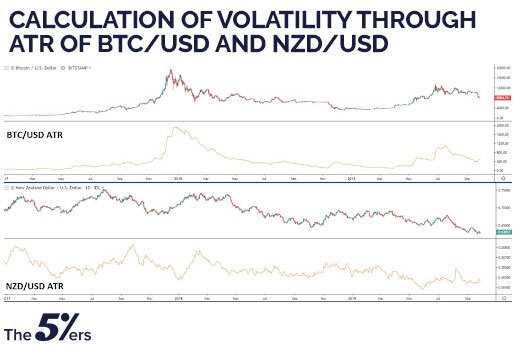 Exotic currency comprises pairs of most dealt and recently evolving currencies. For instance, it includes pairs of USD/TRY, US Dollar/ MXN.

Moreover, contrastingly, Exotic currency pairs are more volatile and thus are prone to more risk. It is further discussed in detail below. 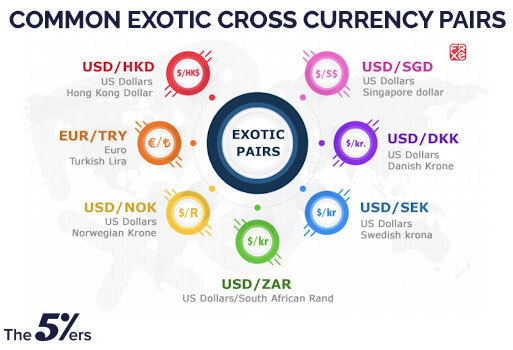 What are The Top Cross-Currency Pairs and Rate Volatility?

Because of the increased liquidity in exotic cross-currency pairs, all currency pairs are more volatile. In this context, volatility refers to either the frequency or strength of price changes.

For example: if we take the Japanese Yen or Euro, these currencies are commonly utilized in trading or, to say, it involves major buying and selling. So, their prices change almost frequently within a given time.

However, the volatility rate of the currency depends on the base and quote currencies in a pair. Exotic cross-currency includes the currencies that have lower trading participants in the forex market. Therefore, it is also characterized as the riskiest trading cross currency.

A country’s economic stability, change in the market flow of trading, and government or political debt are the primary causes for cross-currency volatility.

The country whose government owes a significant amount of national or public debt has less financial capital. In turn, this causes inflation that decreases the currency value of the respective country. Then, the investors usually prefer to sell their assets in the open market because the import rate of such countries also increases than the export prices, impacting the trade rate and the currency’s demand.

However, mostly the countries in debt borrow more money to establish their economy that further outrages their market rate. The rise in inflation in the country also affects the trading rate of the country as the export and import rates change.

Moreover, the current account deficit also makes the cross-currency so volatile. The counties that don’t have any public or government debt have fewer account shortfalls. Thus, they have strong currency frequency and demand.

The ups and downs in the country’s economic condition are the major factors of change in exchange rates. However, the prices are also altered due to inflation that directly affects the currency value.

The lower inflation rate in the country doesn’t call for an increment in the service prices, goods, or taxes. Thus, lower inflation calls for less interest rate and leads to greater currency value. In turn, the trading increases as the lenders get the most profit than paying more. 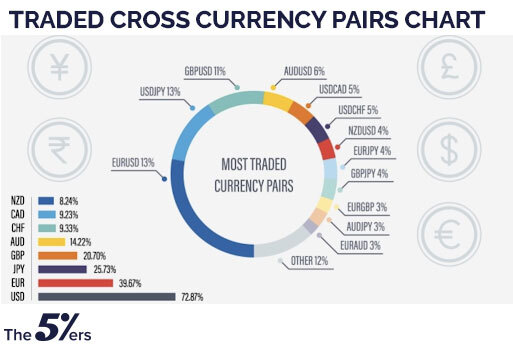 As it is a politically peaceful country that attracts more foreign traders, the cross-currency pairs are more volatile. Investors prefer to invest in countries with stable political and economic conditions to reduce risk and enjoy benefits.

Political stability increases the demand or value for the country’s currency as the lenders prefer the stable foreign exchange to earn profit. Therefore, the rise in currency demand is directly proportional to the country’s exchange rate increase.

A higher instability rate tends to be riskier, and in the forex market, it goes for exotic pairs. Due to the uncertainty in their prices, their trading volume is low that causes an increment in the volatility rate, making it risky for trading.

Thus, the cross-currency pairs are volatile because of their change in demand and trading utility that causes ups and downs to the base and quotes currencies.

The Curse of Revenge Trading and How to Avoid it in the Future
Navigating the Volatility of the Forex Market
Can ChatGPT really help you make money in the forex market?
5 Steps To Building Unwavering Trader Confidence
Learn Why Traders Can See the Same Chart Differently
How to Spot Trend Exhaustion Without Using an Indicator
Follow us: