How to Spot Trend Exhaustion Without Using an Indicator

Recognizing and Benefiting from Trading Trend Exhaustion without Using Indicators

What to look for and how to pounce when the market shows these 3 key signs of trend exhaustion and how to profit from it. No indicators are needed!

If you can properly identify trading trends exhaustion, it’s one of the best times to capitalize on a moving market.

The phenomenon occurs when most of the traders trading in a certain asset are either too long or too short. This leaves a handful of investors ready to move on to the other side of the transaction.

Trend exhaustion might signal the reversal of a current trend since it shows that there is an excess in supply or demand, indicating the market is overbought or oversold.

In this article, we’ll outline 3 ways to identify trend exhaustion on the chart without using any indicator and how you can use it to profit in a changing market.

Once your eyes are trained to spot these trends, it will become almost impossible to miss them. All prices move according to impulse and corrective waves. Therefore, recognizing and knowing which one is coming next will help you predict which price is likely to come next.

Simply put, measured impulse waves are just significant price moves. They can be upward movements in uptrends or downward movements corresponding with downtrends. It’s important to note that there are no time constraints when dealing with these patterns. Some waves can last hours, while others continue for years or even decades. No matter the time frame, the waves will always move in the same direction as the trend at one-large degree. 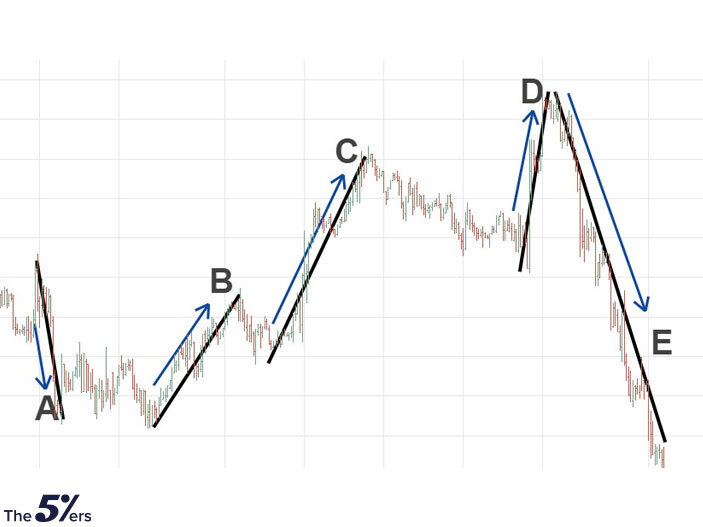 In the above example, you’ll notice how impulse waves have associated trends. An uptrend in an impulse wave will keep reaching upwards because the jumps up are bigger than the incremental moves down, which occur in between each of the large price increases.

The small downward moves in between the large gains are called corrective waves.

Trend Trading and Riding the Wave

In order to take advantage of impulse waves, you should trade in the direction they are trending. This is because the price is making the biggest moves in this direction. The opportunity for making a large profit is, therefore, greater when trading with impulse waves rather than the smaller, corrective waves. Corrective waves are a good point to enter a trade.

If this is beginning to remind some of you of a surfer catching a big wave and riding it to completion, that’s because it’s a similar idea. Catch the trade on the smaller, corrective wave, and ride it to its height and peak as an impulse wave. You can then short sell in the next period of corrective waves in order to profit from the next impulse wave that’s likely coming.

Another good insight that impulse waves offer is the ability to predict fairly well when a trend is going to change direction. For example, when looking at a chart, if you notice big upside moves with small corrective waves followed by a larger downward move, it’s a good indication that the upward trend is over or about to be over. Likewise, if you see a downward trend with a sudden big upwards move, the trend is likely now up, and if you’re Trend Trading, you should be preparing to buy during the next corrective wave.

This isn’t so much an independent point but rather a sub piece of the general introduction to impulse waves. This section deals with the makeup of impulse waves in order to give you a better understanding of which to recognize the patterns.

As you may have recognized in the picture of impulse waves, each wave is made up of five smaller waves that make net movement in the direction of the trend of the next biggest degree. This is the most common pattern impulse waves are seen in and the easiest one to spot on your chart. 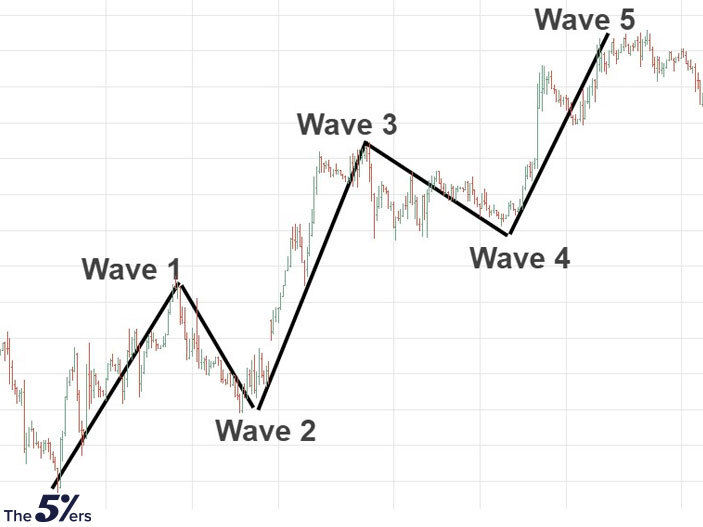 In the above image, you can see that of the 5 waves, three are “motive waves” (waves trending upwards), and two are “corrective waves” (waves trending downwards). This is the simple 5-3-5-3-5 structure. While it is simple in composition, there are 3 rules that guide its existence. If any of these rules are not met, it cannot be an impulse wave and needs to be re-labeled.

Over time prices change, and when we look at these changes in comparison to prices in the past, we get what’s known as a momentum shift.

If we look at our charts and notice prices changing rapidly, this means that momentum is high, and it’s probable that a great number of traders are buying or selling assets in order to push the price to change in either desired direction. In relation to impulse waves and trends, momentum is simply calculated by taking the slope of the trendline. 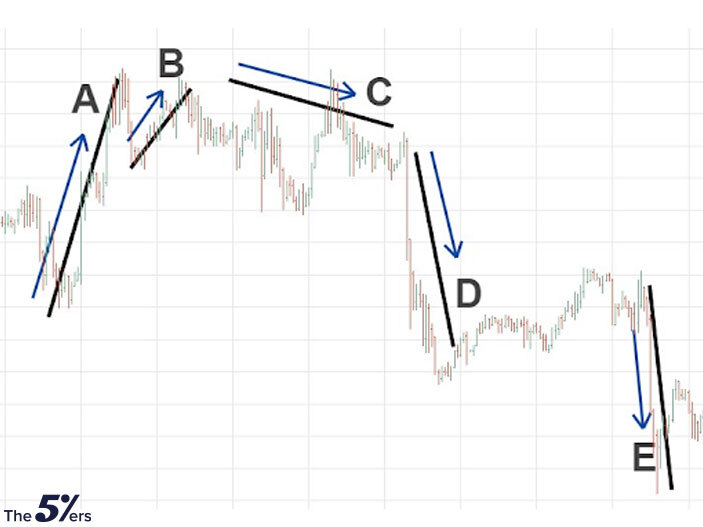 In order to trade momentum shifts, we need to consider the overall action taking place. As mentioned before, when momentum is high, many traders are buying a certain asset to influence the price. On the other hand, if momentum is very low, it means the asset is oversold.

For an attentive trader, buy signals appear when momentum is very low but then quickly shoots up across the zero line. Likewise, sell signals appear when momentum is very high and then quickly drops below the zero line. Savvy traders see these moves as a strong indicator of the price movements of any given asset and a barometer of the overall health of the market.

Trend Trading and capitalizing on-trend exhaustion is something any savvy and prepared trader can do. While it takes some time to learn how to recognize the patterns and fully understand the mechanics at play behind them, once the knowledge is incorporated into a trading plan, it can give a huge boost to an already strong trading strategy.

Learn Why Traders Can See the Same Chart Differently
Finding the Confidence in your Trading Strategy
Why the Trading Profession is One of the Most Challenging Professions
Trading Strategy as a Reflection of your Personality
Order Flow Analysis - The Secret Weapon of The Professional Traders
5 Popular Intraday Chart Patterns Forex Traders Love to Use
Follow us: