How to Gain an Edge With Forex Market Correlation

In the forex market, there’s always a game of seesaw. One pair rises, and the other falls. On other occasions, one pair falls, and the other pair follows suit. This raises several questions about why is this happening? Well, there’s a simple explanation! It’s because of forex market correlation.

Let’s dig deeper into what forex correlation is and how it can be helpful.

What is forex market correlation?

First things first! What are correlations?

Currency correlation shows us if two currency pairs move in the same, opposing, or completely random direction over time.

There are two types of correlations; positive and negative.

Therefore, if the EUR/USD rises, GBP/USD will probably also rise (more on that later).

Furthermore, there would be a lack of connection if the currency pairs moved individually in absolutely random ways during a given length of time.

The strength of a currency correlation is determined by the time of day and the current trading volumes in both currency pairs’ markets.

So, for example, pairs that feature the US dollar are frequently hotter during the New York trading session.

Before we go any further, it’s worth noting that correlations aren’t necessarily stable.

Correlations alter for several causes, the most prevalent of which include:

How to calculate forex correlations?

If the coefficient value is zero, there is no connection between the price movements of various currency pairs.

Let’s explain this on the chart:

Below you can see the EUR/USD correlation chart. Here you have different shades of color.

Here you have different shades of color. The blue ones represent the positive correlation, while the red ones illustrate the negative correlation. The grey ones mark the same currency pair, and the white one defines neutrality. 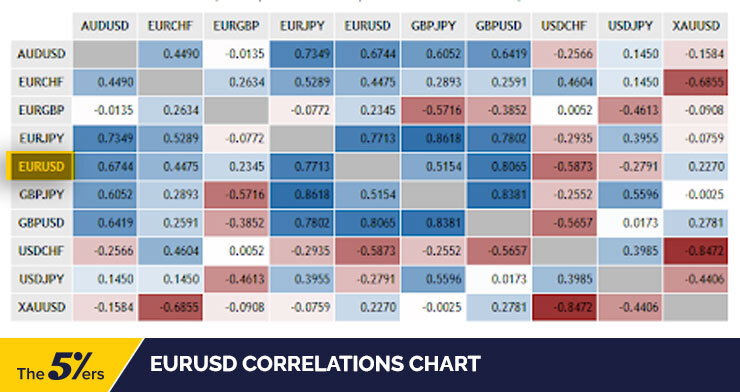 Let’s prove our point with positive and negative correlation charts.

Here you have two charts, one of EUR/USD and the other of GBP/USD. As you can see, from June 1 to July 20, both pairs were trending downwards. 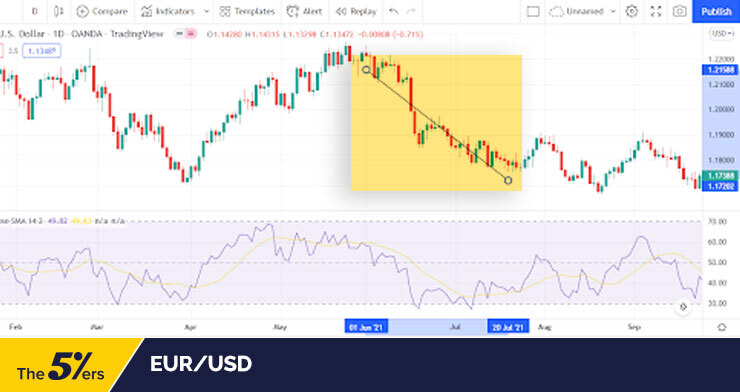 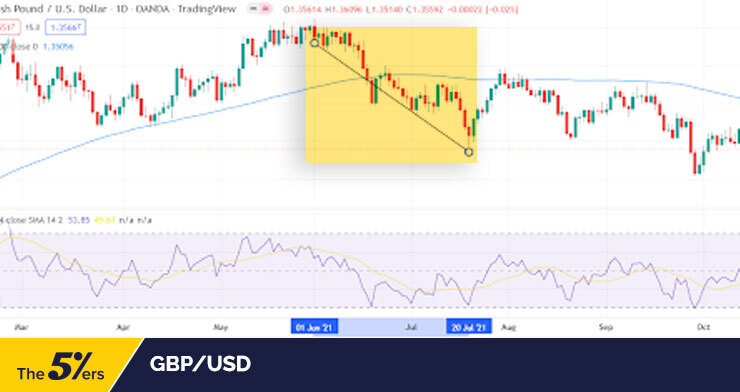 So, what’s the reason behind this?

The cause for this link is the cozy relationship between the US dollar, the euro, and the pound, with all three currencies linked by positive economic connections between their economies.

Coming back to our correlation chart of EUR/USD. On the chart, you can see that EUR/USD negatively correlates with USD/CHF. So when the EUR/USD goes long, USD/CHF goes short. 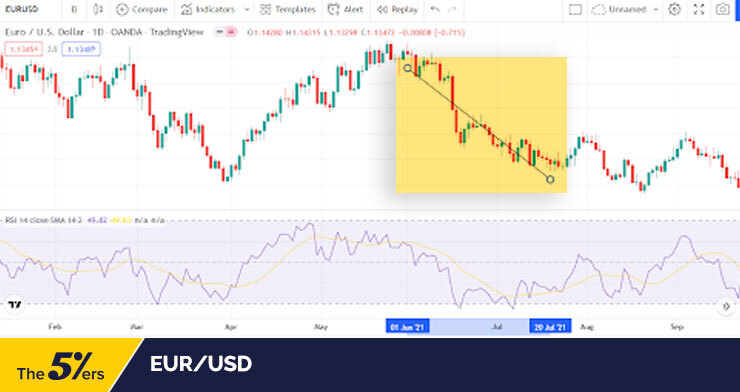 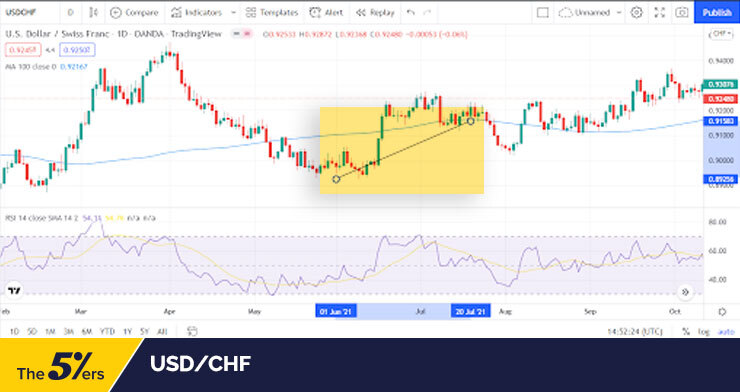 As you can see, during the same period, USD/CHF went upwards while EUR/USD was trading in the red.

You probably are thinking that only forex pairs correlate with each other. Nope!

Because oil is traded in the greenback, which is often negatively connected with the oil price, it is frequently reflected in the swings of the USD/CAD pair. It means that when the value of the US dollar rises, the value of oil tends to fall. 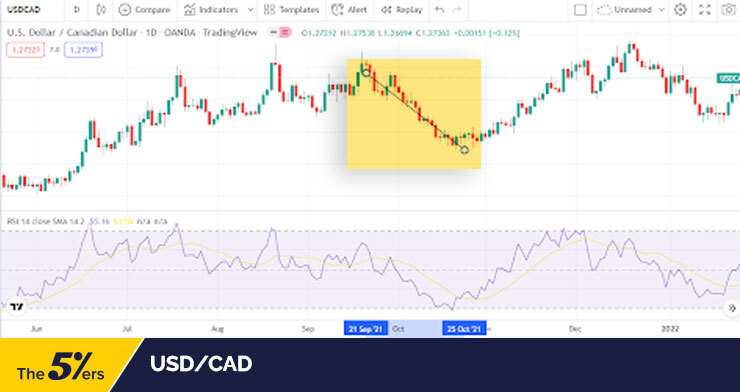 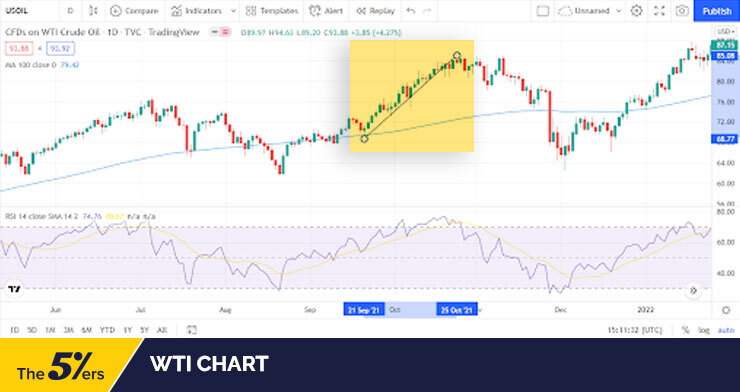 It also implies that a rise in the value of oil generally results in a decline in the USD value.

The price of gold is usually positively tied to the Australian dollar price, particularly in the AUD/USD currency combination. 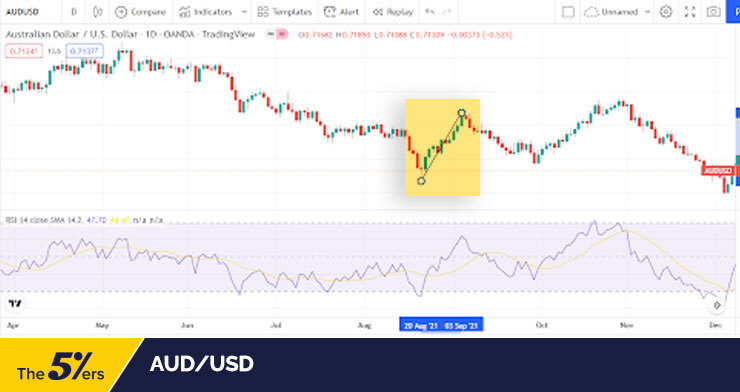 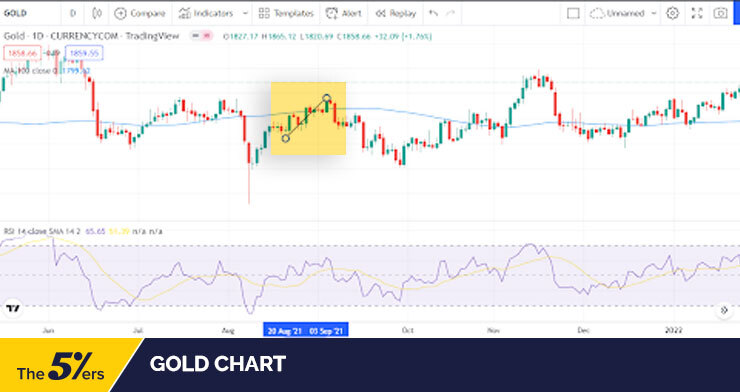 The Japanese Yen is the world’s third most traded currency, and its value typically changes in lockstep with gold prices. The main reason for this is that the yen, along with the US dollar, euro, and GBP, is one of the world’s reserve currencies.

The yen is often regarded as a safe-haven currency, while gold is seen as a safe-haven asset. As a result, investors would frequently relocate their money into yen or gold in times of economic instability.

How to trade forex market correlations?

One strategy to include a forex correlation strategy into your trading strategy is to use correlations to diversify risk.

Rather than holding a large stake in just one currency pair, you can take two smaller positions in slightly correlated pairs, lowering total risk and not putting all of their eggs in one basket.

You can also use forex market correlations for hedging.

For instance, you can go long on USD/CHF to offset any losses on an ongoing long EUR/USD position. It is due to a substantial historical negative correlation between these two currency pairs.

So, there you have it. If you are in the forex market for a longer run, then you have to understand forex correlations. It allows you to trade more effectively and hedge against your losses.

5 Popular Intraday Chart Patterns Forex Traders Love to Use
Building Solid Risk Management Strategies for Trading Forex
Four Steps to Developing Your Trading Edge
All You Need to Avoid Overtrading in Forex
How to Trade All Types of Divergence in Forex and Avoid Common Mistakes
Top Meditation Practices for Forex Traders
Follow us: