A Deep Dive Into The Powerful Outside Bar Candlestick Pattern

Among all of the prediction tools available to forex traders, perhaps none are as reliable as candlestick patterns. Traders who devote the time necessary to understand and recognize patterns as they emerge, find this method of technical analysis to be invaluable when trying to read the market, and predict where prices will go. 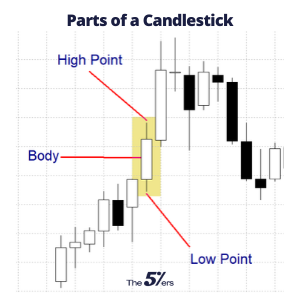 What is an Outside Bar Candlestick Pattern?

Recognizing an Outside Bar Candlestick

As we just mentioned, outside bar candlesticks form when the outside bar overshadows or engulfs the inside bar. In a trending market, the patterns signify a major reversal.

The Mindset that Enables Outside Bar Candlesticks

The conditions that enable the onset of outside bar candlestick patterns are when the market has engaged with a trend yet most recently, a small price range has indicated indecision. After that, a price gap moves away from the most recent close price, giving investors the appearance the previously recognized trend is still together. Despite this appearance, the gap in price is quickly filled and when it comes time for closing, the price has finished outside the previous day’s open.

Such a price move can leave investors feeling tricked and trapped because a price believed to have been an existing trend proves to not be by day’s end. When the outside bar candlestick forms, it indicates that the prevailing mindset and beliefs of investors have changed over the course of the day.

Bullish patterns abide by two main principles. First, these patterns need to form within a downturn (if they don’t, they’re merely a continuation pattern). Second, the majority of bullish reversal patterns need bullish confirmation in order to be revealed as such.

We will cover the confirmation needed later on under the reversal and Trend Continuation strategies.

Entry and Exit Rules for Outside Bar Candlestick Patterns

As we’ve exhaustively written about in other articles, when it comes to being a successful trader, one of the most, if not the important things required, is to strictly follow a well-crafted risk management strategy. Of course, depending on your situation, there are slight tweaks that can be made but when considering entry and exit for trading with an outside bar candlestick pattern.

Here are some rules you should abide by in chronological order:

Strategies for trading Outside Bar Patterns

Here are two strategies to trade the outside bar candlestick:

The first strategy we’ll look at when discussing trading outside bar patterns is the reversal. This happens after a long momentum candlestick has suddenly lost its momentum. In this scenario, the downturn hits a sudden end when multiple inside bar candles appear following the momentum candle. The emergence of this pattern is one of the most recognizable and well-known reversal patterns and it clearly shows a change in momentum.

The second strategy is looking at trend continuation signals. These signals occur when outside bars are present during pullback phases.

The confirmation of a trend continuation outside candle is the break of the low/high of the bar in the direction of the previous trend, that would also be the entry point of your trade.

Problems with Outside Bar Candlestick Strategies

Like any strategy or indicator, there are times when certain deficiencies make it less desirable to trade with. In the case of the outside bar candlesticks, the first issue is that stop-loss distances can be very big.

The next disadvantage of using these candlesticks as part of any strategy is that it often takes a long time before profits are realized. This is due to the fact that an outside bar may have already moved and the next few bars are merely processing the previous outside bars move.

The last problematic aspect of this strategy is that it’s very tempting to trade them whenever they appear. As always, you should only trade them when the rest of your information aligns with the proposed trade.

Benefits of Trading with Outside Bar Candlestick Patterns

On the flip side of the several disadvantages to candlestick patterns, there are, of course, advantages.

The first one, for anyone who takes some time to learn about candlestick patterns, is that they’re very easy to locate. The rules for their formation are simple and they’re easy to understand.

The next benefit of outside bar patterns is that the market can move very far upon the appearance of these patterns and can result in a windfall of profits.

Finally, if you happen to spot these patterns on your daily charts, it’s possible you’ve caught a full trend reversal which could prove very lucrative.

Outside Bar Candlestick – The Bottom Line

If you want to receive an invitation to our weekly forex analysis live webinars, trading ideas, trading strategy, and high-quality forex articles, sign up for our Newsletter.

Kick Start Your Summer Trading: 30 Lessons In 3 Days LIVE ONLINE EVENT May 19-21
Backtesting Indicators Until You Find the Right One That Truly Works For You
A Deep Dive Into The S&P 500 Sectors
5 Ratios Traders Need to Be on the Lookout For
Weekly Forex Forecast Video– Supply & Demand Analysis Jun 15-19, 2020
Weekly Forex Analysis Forecast Video May 11 - 15,2020
Share: