You may have experienced that sometimes you want to enter the trade at a certain price, but its execution happens at a different rate.

Can you tell why this happens?

This happens because of a phenomenon called slippage.

In this guide, we’ll break down what forex slippage is, how it works, and how you can avoid it.

When the price at which an order is executed differs from the price it was asked for, this is known as slippage. It is especially common in fast-moving, highly volatile markets vulnerable to sudden and unexpected changes in a trend.

It can also happen if you place a large order with insufficient volume to account for the bid/ask spread at the initial price.

It’s still slippage whether you pay more or less than you agreed for.

How Does Slippage Work?

Slippage is likely to occur when there is a lack of market liquidity or a significant level of volatility. Few market players are willing to take the opposing side of a trade-in low liquidity markets.

As a result, there is a longer period between making an order and having it executed after a buyer or seller has been discovered.

The price of an asset may vary due to this delay, indicating that you have suffered slippage. Price changes may happen fast in turbulent markets, even in the few seconds, it takes to fill an order.

Slippage and the forex market

Slippage occurs when an order is made at a less favorable rate than the one you requested in the order.

When trading volatility is high, placing an order at a certain price in the currency market is quite difficult. Limit orders are the only method to entirely prevent this, but you risk your trade not taking place at all if you use them.

Slippage occurs in the forex market on less popular currency pairs such as USD/MXN and USD/HKD. Forex majors or minors are more liquid and have less volatility.

Say you decide to initiate a long position on the GBP/JPY currency pair, known for its extreme volatility. The broker’s quotation for the pair is 0.7020, however, the price may have jumped to $0.7028 in the period while making the order. In this case, you would have just suffered slippage as you would be buying at a greater level than you had anticipated.

Examples of slippage and spreads

For example, the broker can charge a spread of 0.8 pips on major forex pairs.

When there is a lot of volatility, slippage happens. For example, if you closed a long position in the EUR/USD pair at 1.1600 but the price had dropped to 1.1598 by the time the trade was actually executed, you would have incurred two pips of slippage.

Considering the above-mentioned examples, when you add spread to the two pips, the total becomes 2.8 pips. 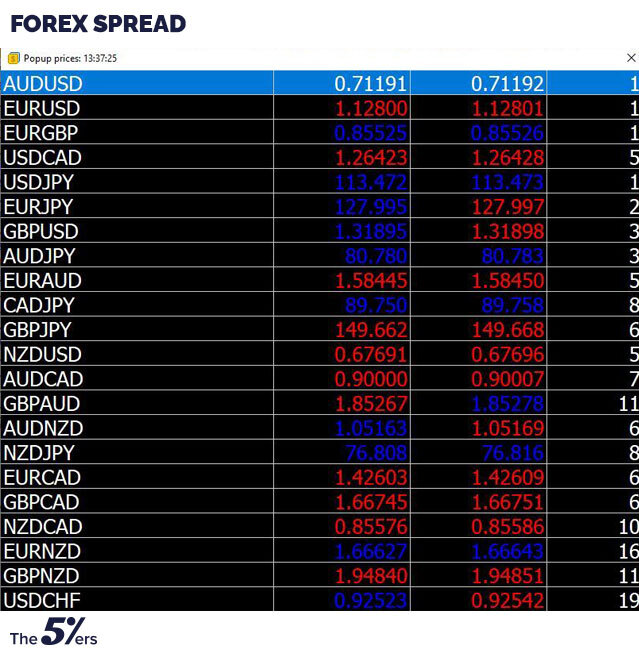 Slippage is common in the FX market around or during important news events. Bank announcements on monetary policy and interest rates, as well as a country’s political climate, can all generate increased volatility. This, in turn, can lead to slipping.

You might want to trade before or immediately after the announcement. However, the resulting volatility might make getting the price you desire difficult. To avoid trading during significant news, consult the economic calendar.

Which currency pairs are the least prone to slippage?

As mentioned earlier, because of their high liquidity, major forex pairs are least prone to slippage. These include EUR/USD, GBP/USD, USD/JPY, USD/CHF, AUD/USD, NZD/USD, and USD/CAD.

Forex minors like EUR/GBP or GBP/JPY are also not vulnerable to slippage.

Exotics like USD/MXN, USD/ZAR are more vulnerable to forex slippage.

When does the biggest slippage occur?

The biggest slippage occurs during a period of high volatility or major news announcements.

Price changes in volatile markets happen quickly, even faster than processing an order. As a result, the price of a pair may fluctuate over time, resulting in slippage.

In January 2015, the Swiss National Bank (SNB) decided to abolish the EUR/CHF peg. As a result, the USD/CHF dropped. Before that day, it was unthinkable for a major currency to move in that direction. 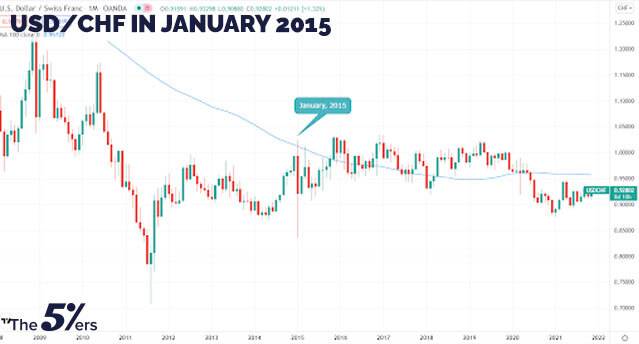 How can you avoid it or reduce the effects of slippage?

While slippage is difficult to avoid, there are a few strategies that can help. Here are a few things you can do to avoid slipping:

You may just avoid trading during major news events if you’re not day trading or scalping forex. This will prevent a significant or unexpected slide. You may simply employ a stop-loss order to ensure that you exit if your assets decline in value.

Changing the type of market orders

Unlike other forms of stops, guaranteed stops are not susceptible to slippage and will always close your trade at the exact level you select.

As a result, they’re the most effective strategy to mitigate the danger of a market turning against you.

Limits, on the other hand, can assist in reducing the chance of slippage while you’re starting a trade or want to chip in on a profitable trade.

Not trading around major economic events

If you can, avoid trading around major news events. As described earlier, major news announcements are a big cause of forex slippage. So, it’s better to wait for the news release and then take positions.

If you have an open position during a major event, you can extend your stop-loss and adjust it afterward.

Limiting your trade to the hours with the most activity will reduce your risk of slippage because this is when liquidity is at its peak.

As a result, there’s a better probability that your trade will be completed swiftly and at a price you specified.

You now know everything you need to know about dealing with slippage in your trades!

To reduce forex slippage, use limit orders instead of market orders and avoid trading during important news releases.

The5ers Traders Can Keep Using MT5 on Apple Devices - We Cover All Costs
Managing $960,000 With The5ers Prop Firm After Only 8 Days
How to Spot Central Banks Orders and Trade Forex Order Blocks
The psychology behind a great trading performance
What are the Most Traded Currency Pairs in the Forex Market
Forex and Stock Market Software to Become a Better Trader
Follow us: